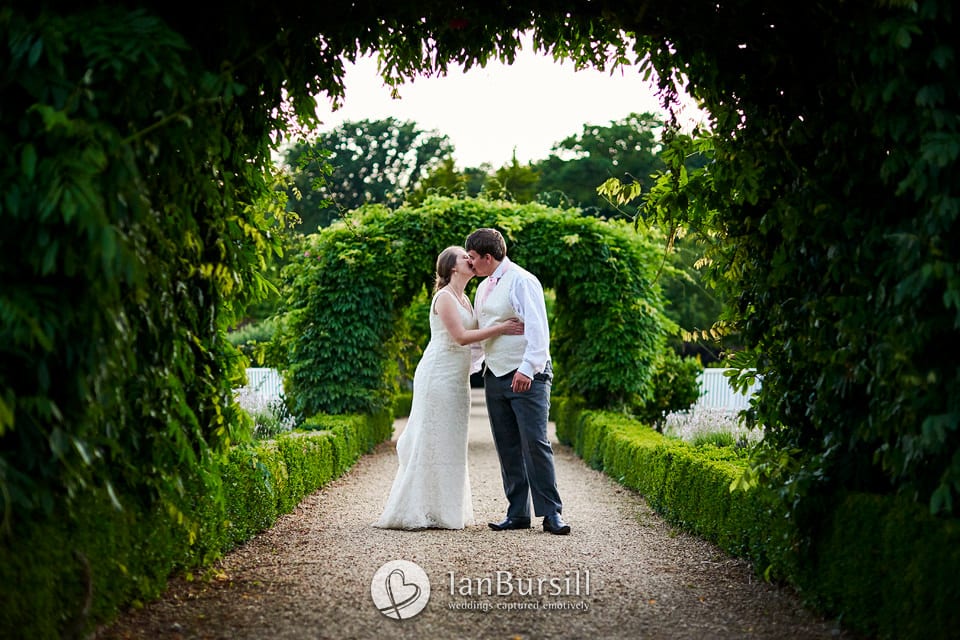 It was great to be back at Stapleford Park for this wedding, and also fab to be back at Exton Park Chapel for the ceremony. I was last at Exton several years ago for the wedding of Sarah & Steve.

The light in the chapel on both of these visits was just sublime. It’s probably one of my favourite churches I’ve had the pleasure of working in these last 12 years. It’s also a big bonus that the priest (Father Stephen) is such a nice guy, and just lets you get on with doing your job with no restrictions.

Here’s the story of their day. Thanks to Catherine & Tim for supplying their own words.

So, how did you meet? – tell us a little more about yourselves.

“We met during the first week of freshers week in our first year at University. Despite both sets of our friends telling us separately that they could see something would happen between us (and their antics to try and speed up the process), it took 2 months or so before the first move was made.

After being together all through University, we then ended up at opposite ends of the country due to work commitments however if anything that only strengthened our relationship before finally moving back together again after a couple of years.

We are now both accountants with Catherine originally from London while Tim’s from a small town in Rutland. We’ve now set up home in Birmingham in what has been a busy year buying a house and getting married! In hindsight, we wouldn’t recommend doing both within 6 months of each other!”

The proposal – who proposed, where, when, how?

(Tim): “Having met in 2008, I kept Catherine waiting for quite a while! It wasn’t until 2015 that I finally popped the question on our holiday in Dubai. It was nerve-racking trying to keep the ring a secret all through the travel journey and the duration of the holiday, as I hadn’t planned on asking Catherine until the last night.

After arranging for drinks at the Burj Al Arab, we returned to our hotel, and I waited for Catherine on one knee on our hotel room balcony.

(Catherine): “In June 2015 we went on holiday to Dubai. I’d been dropping hints to Tim about getting married soon, but right at the beginning of the holiday Tim crushed my hopes and dreams and said we were still too young to get married and we should wait for another few years.

With that out of the way, we had an absolutely fantastic holiday. On the final night we went for a delicious dinner followed by drinks at the Burj Al Arab, and when we got back to the hotel, Tim said he’d see me out on the balcony. Because I wasn’t expecting anything I took my time faffing about and after about 10 minutes remembered I said I’d see Tim on the balcony.

I went out to see Tim on the balcony and noticed he was a bit nervous. He then got down on one knee and popped the question! I was so shocked and couldn’t believe it! He later said that he thought he’d been a bit too harsh at the beginning of the holiday, but it all paid off because the proposal was a complete surprise!

I wouldn’t change any of it!”

“The wedding process was not too stressful although there were still a couple of moments which raised the blood pressure a little! As soon as we returned from our Dubai holiday, we straight away focused on getting the main details for our wedding sorted and a date in the diary.

It was great to get the venue, church, photographer, flowers and band sorted so early on and massively took any pressure off around sorting dates as we could get our first choice on pretty much everything.

Once the big items were out of the way fairly early on, it allowed us to focus on the smaller details around the wedding. Catherine did a lot of the little details herself like place names and order of the day and has now developed a love for calligraphy!

Another fun part of the planning process was the food and wine tasting! We got to sample many tasty dishes accompanied with lots of bubbly and wine.”

“We got married in the St Thomas of Canterbury Catholic Church which is attached to the Exton Park House on the outskirts of Oakham, Rutland. The estate grounds and the Church itself are incredibly beautiful and make a lovely setting.

After completing our nuptials in the church, we travelled the short distance to Stapleford Park Hotel for our reception. From the beginning, the staff were terrific and accommodated all of our requests. The venue itself is breathtaking, and we couldn’t have asked for anything more to hold our wedding at both locations.”

“We wanted our wedding to be classic and simplistic in nature. For both of us, that was how we wanted our special day. We knew that with having two stunning venues and locations, we didn’t need to do too much!

Our colour scheme was mainly blushed pink along with white and Miss Piggy! Our florist Sophie’s idea was adding a pop of colour, and this was Miss Piggy – a lovely Coral – and it definitely made everything pop.”

Cuisine. What kind of food and drink was served and why?

“As we knew our guests wouldn’t have eaten for a little while, we had canapés and prosecco ready for everyone on arrival. The canapés were panko breaded prawns, vegetable tarts and mini burgers which went down a treat.

For our wedding breakfast, we had leek and potato soup as a starter as it’s a crowd pleaser, followed by chicken and spring veg or seabass. Our dessert was a raspberry cheesecake that came in a dome of chocolate and raspberry sorbet – delish!

One of Catherine’s friends Mital Patel made the wedding cake. She has a cake business called Clapham Cakes and made a 3 tier Madeira cake with different fillings. There was a Victoria sponge layer followed by a lemon layer and topped off with a passion fruit layer – divine!

Because we didn’t want our guests (or ourselves!) to go hungry we then had a sweet table which we sourced ourselves as well as a cheese table sourced by Otters Fine Foods – it was definitely a fantastic sight and looked like another cake. As you can tell, we both love our food!”

What was the most memorable part of the day and what was the funniest moment?

“Timing! Somehow we lost the best part of an hour and a half on our planned schedule however in the grand scheme of things, this did not matter. The whole day was so memorable but went by in a flash!

The Church ceremony was precious, and we’ll never forget the speeches. Catherine’s dad had managed to get hold of a picture of Tim from his stag do in which he was only wearing red speedos complimented by a swimming cap and armbands! Tim’s face was a picture!”

“As we’ve mentioned above, the time flew by and somehow seemed to escape us! All of our suppliers were fantastic though and worked around it all which was fantastic.”

“Nothing! The day was everything we could have asked for and more!

Although we didn’t manage to have any of our cheese or the 12” pork pie somehow – so if we could go back we’d make sure to get this! We can’t complain though as we had so much cheese left over we got to have some at a later date.”

Do you have any advice for other couples in the stages of planning their own dream day wedding?

“Both of us are people pleasers so we spent a lot of time thinking what would be the best thing for everyone. At the end of the day, everything was fantastic, and we definitely wasted time umm’ing and err’ing.

One piece of advice is to make sure you both take some time away from everyone to enjoy each others company. We managed to sneak a few mins by ourselves before being announced into the wedding breakfast and also took 10 mins out after dinner to have a few photos with Ian.

One final piece of advice is to enjoy yourselves! This day is for you, and everyone is here to celebrate with you. Let your hair down!”

“Ian was a godsend from day one!

We wanted a photographer who would document our special day and capture those special moments. After some research, we came across Ian online and loved his approach to wedding photography.

We arranged a meetup and Ian took us through everything. He was always at the end of a call or email and was more than what we could have hoped for.

The wedding photos were crucial to us, and we didn’t want to skimp on this vital part of the day. We wanted to leave this detail to someone who knew what they were doing, and we felt comfortable trusting this to Ian.

As part of the package we got an engagement shoot – we used this as the ‘guestbook’, and it is now up in our house! It’s such a lovely reminder of the run-up to the wedding and the day. It also gave us some time to get used to a camera being around.

The day itself was perfect – Ian managed to get every part of the day from Catherine and the girls getting ready at the hairdressers and getting that dress shot to spending some time with Tim and the boys.

Ian blended in with the guests, and everyone commented on how friendly he was.

Before the wedding, we’d spoken about what ‘staged’ photos we wanted/what was important to us. We didn’t want to spend too much time on those ‘staged’ photos as we thought it was more important to spend time with our guests and enjoy our day. Either way all the images Ian captured were terrific! From the lovely family shots to our guest’s reactions through to the more discreet moments between the two of us (we didn’t even realise he was there!)

Ian went above and beyond! We couldn’t recommend him enough and would encourage everyone looking for personal service to get in touch with Ian.

The wedding album and photos we have of the day really capture the love and celebration of the day.

Thank you for everything Ian! If we had to do the whole day again, we wouldn’t hesitate for a second in picking you as our photographer.” 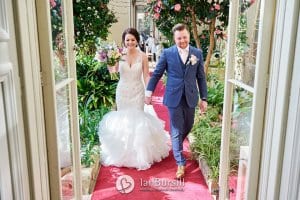 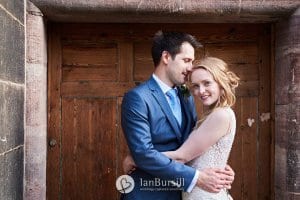 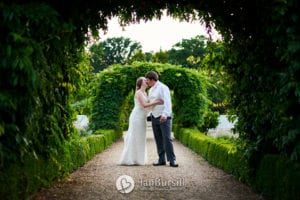 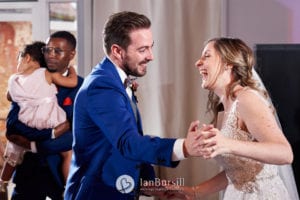 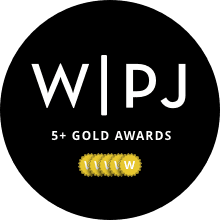 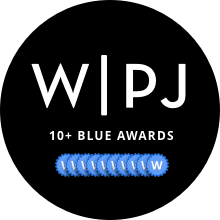 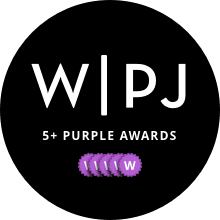